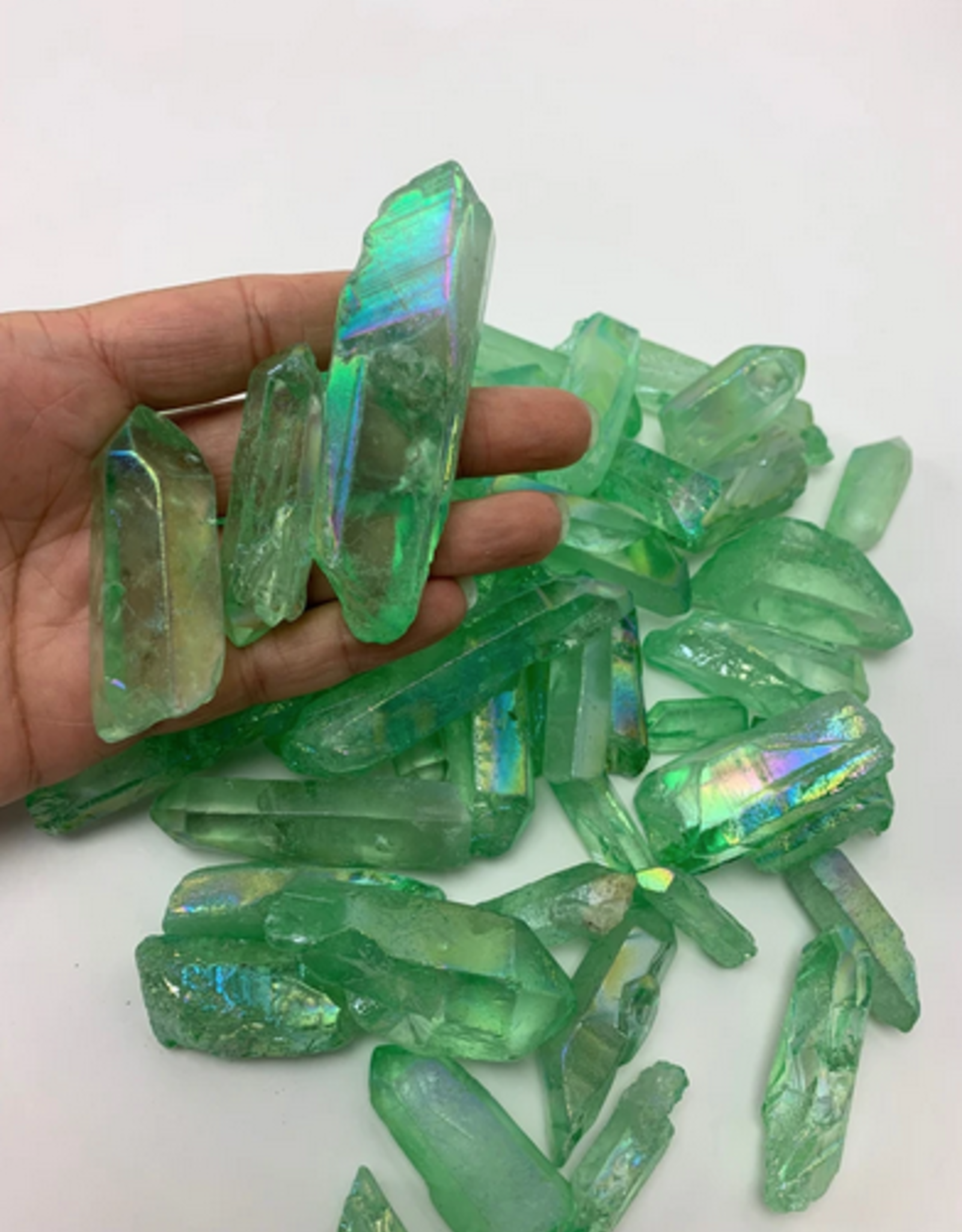 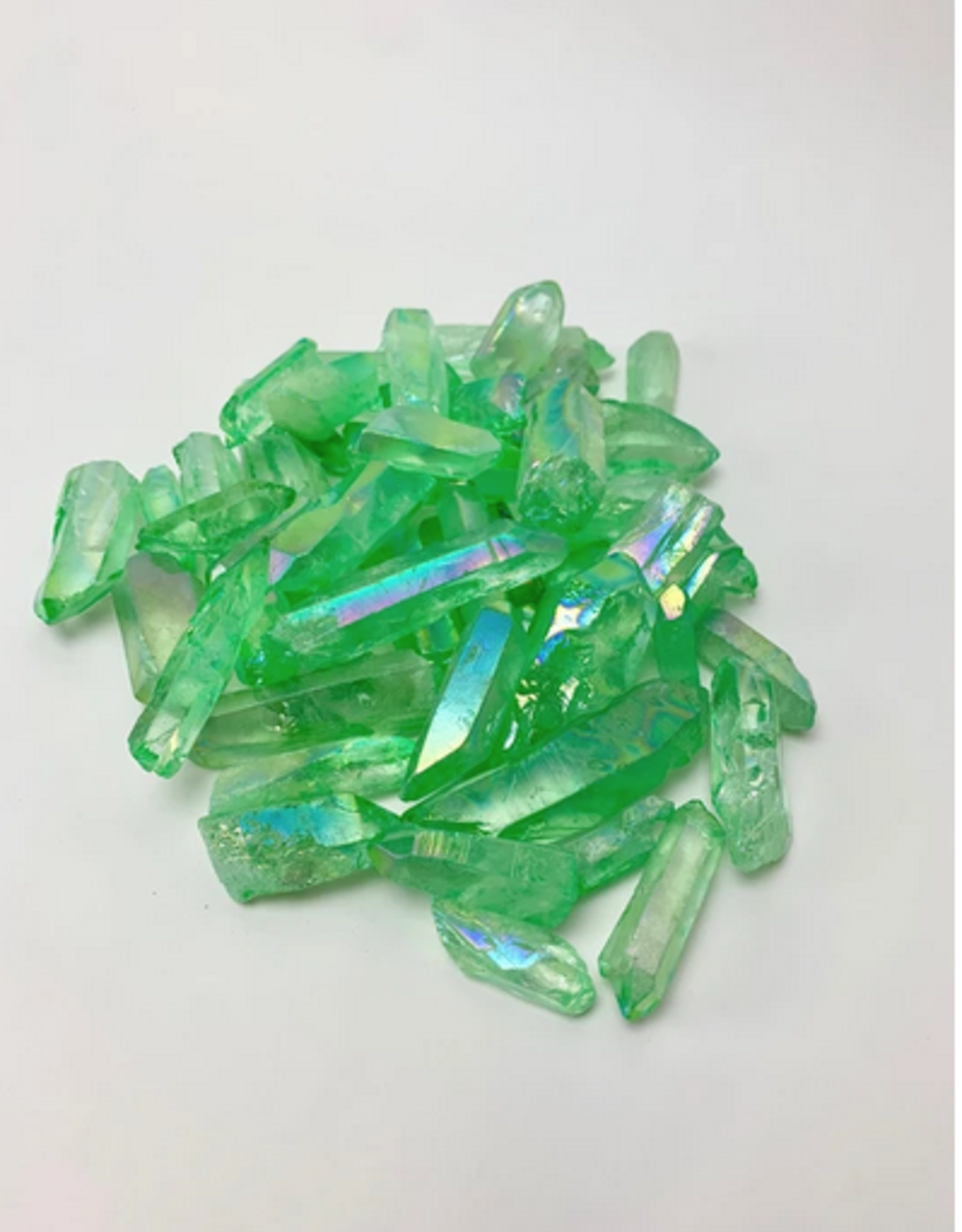 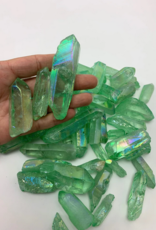 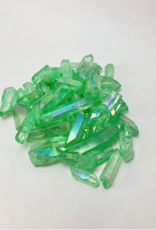 Aura Quartz are magical & beloved crystals that harken to the ancient practice of alchemy. They are high vibrational stones that have been used since the 1980s for their ability to expand the consciousness while healing the physical and spiritual bodies. The term 'Aura' refers to the precious metal coating which has been alchemically bonded to the surface of a Quartz Crystal. This coating is permanent, and has the effect of bringing together the energies of quartz and metal to create a high vibrational stone that is stimulating and expansive, which banishes negativity. There are many beautiful types of Aura Quartz, which vary in color depending on the combination of metals and crystals used, however, they all display iridescence and a metallic rainbow sheen. All Aura Quartzes carry the general properties of Quartz, as well as the metal(s) with which it is paired. 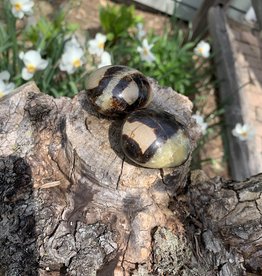 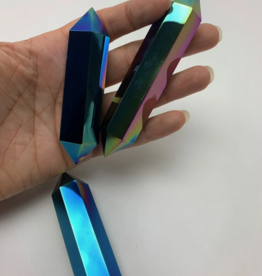 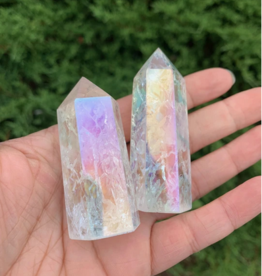 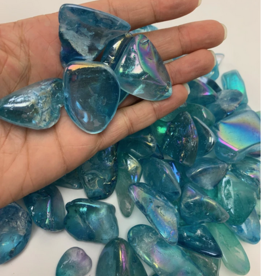