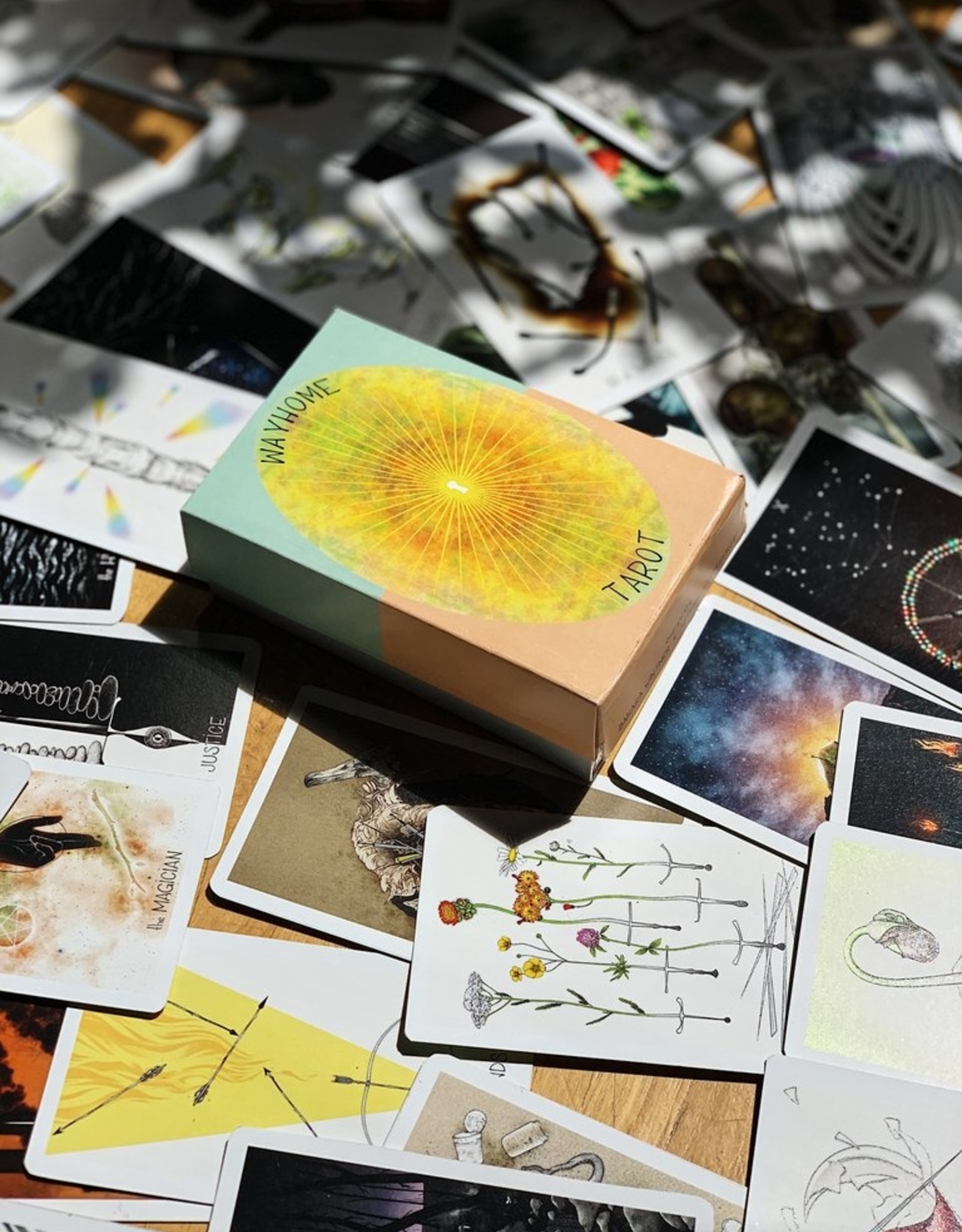 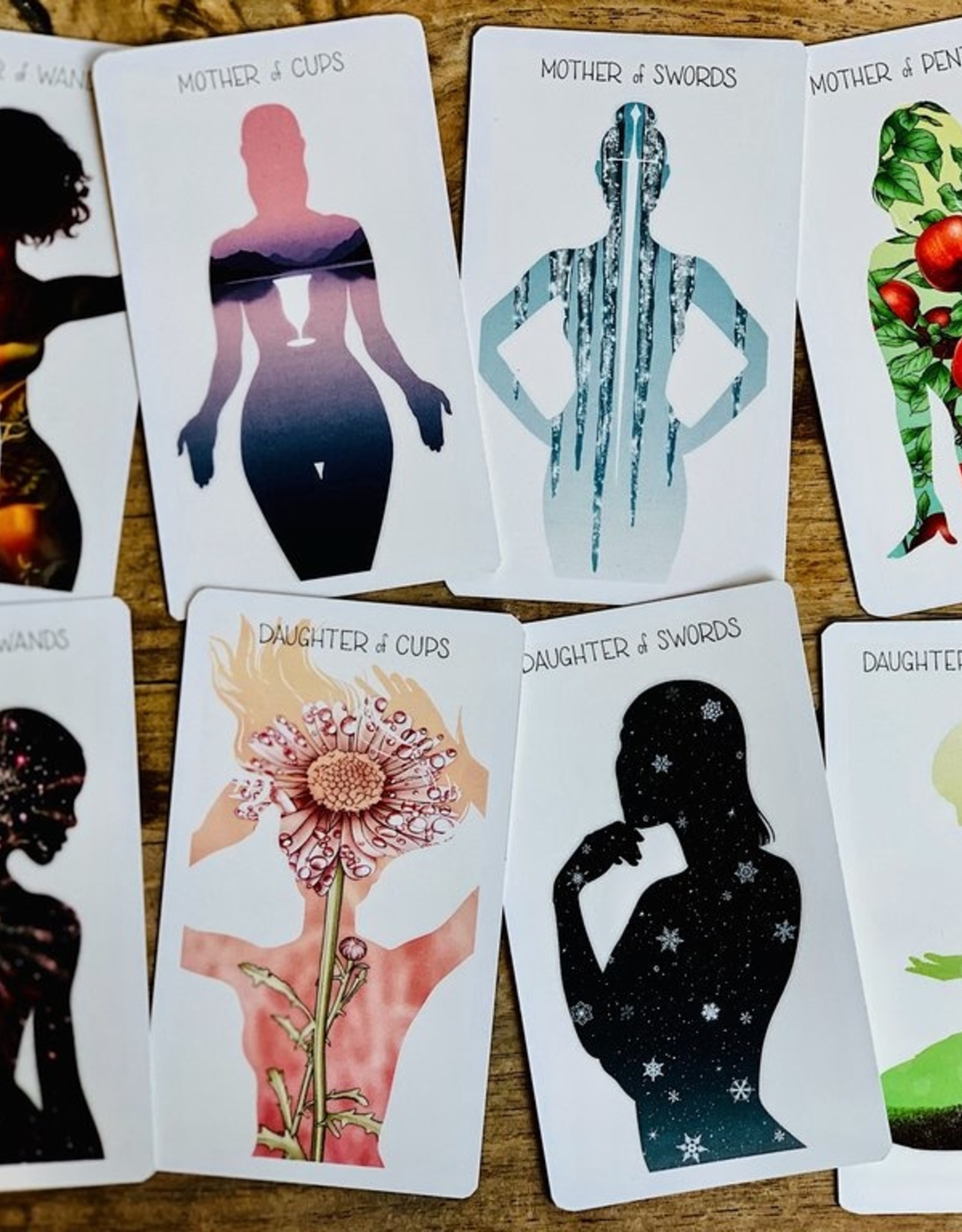 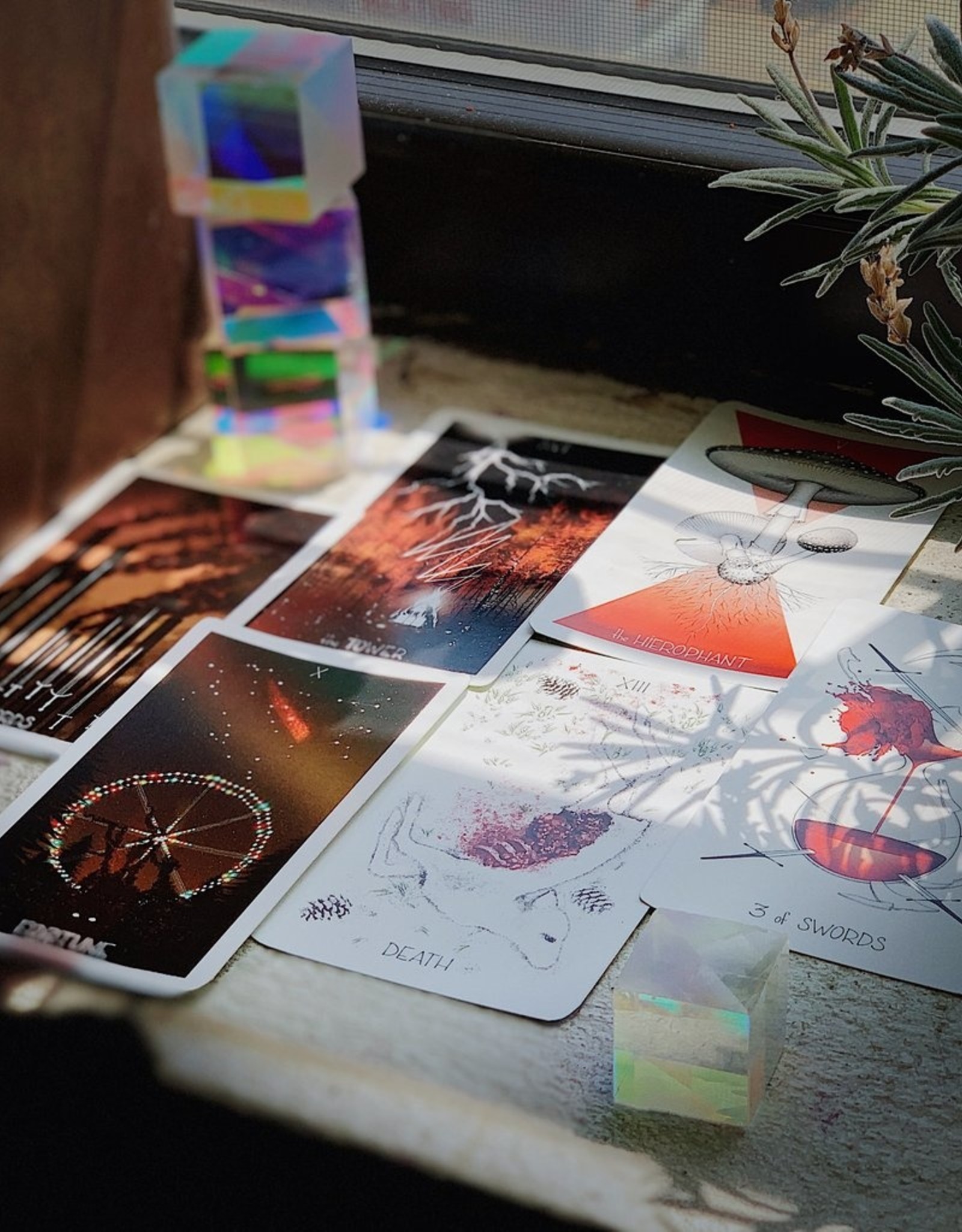 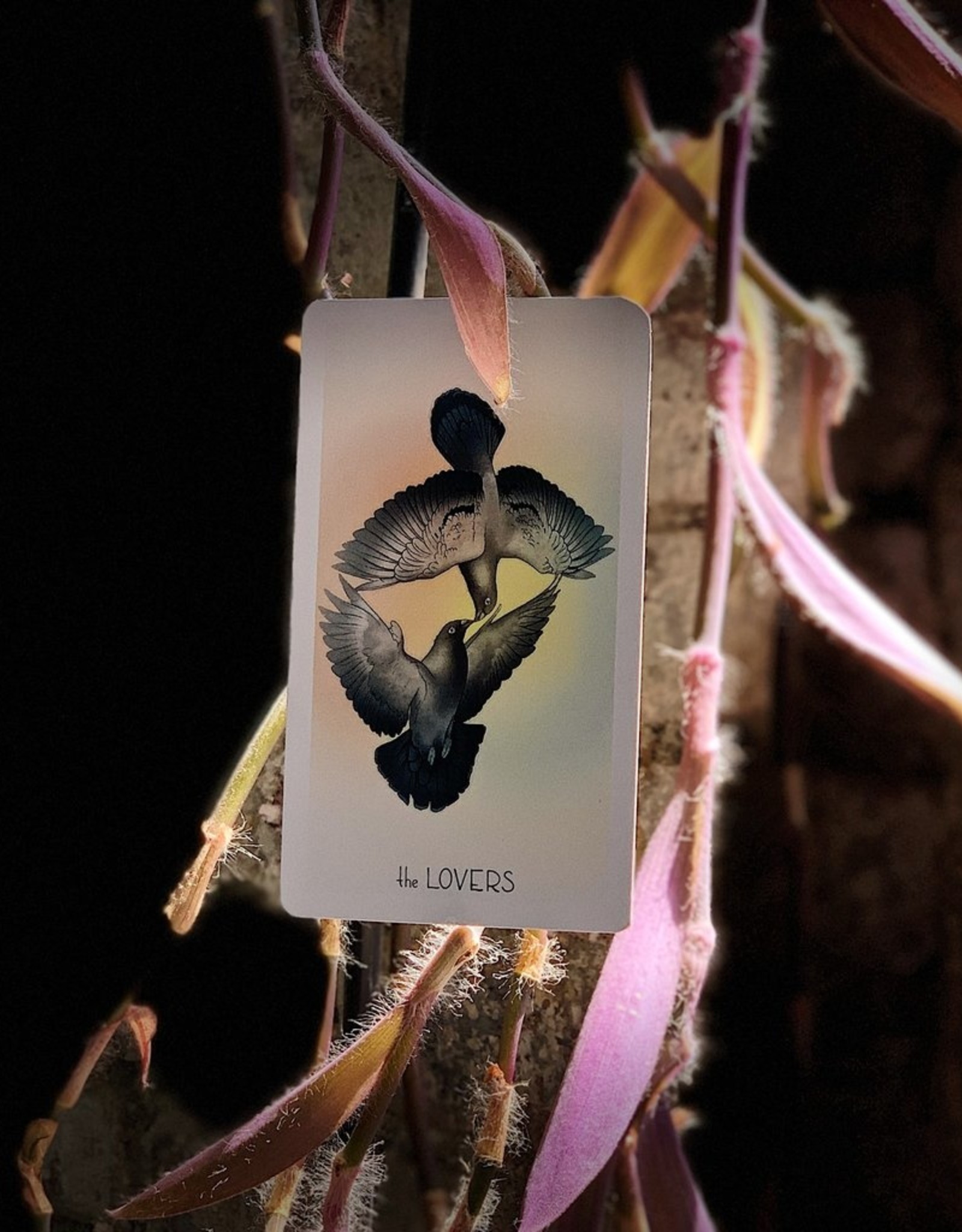 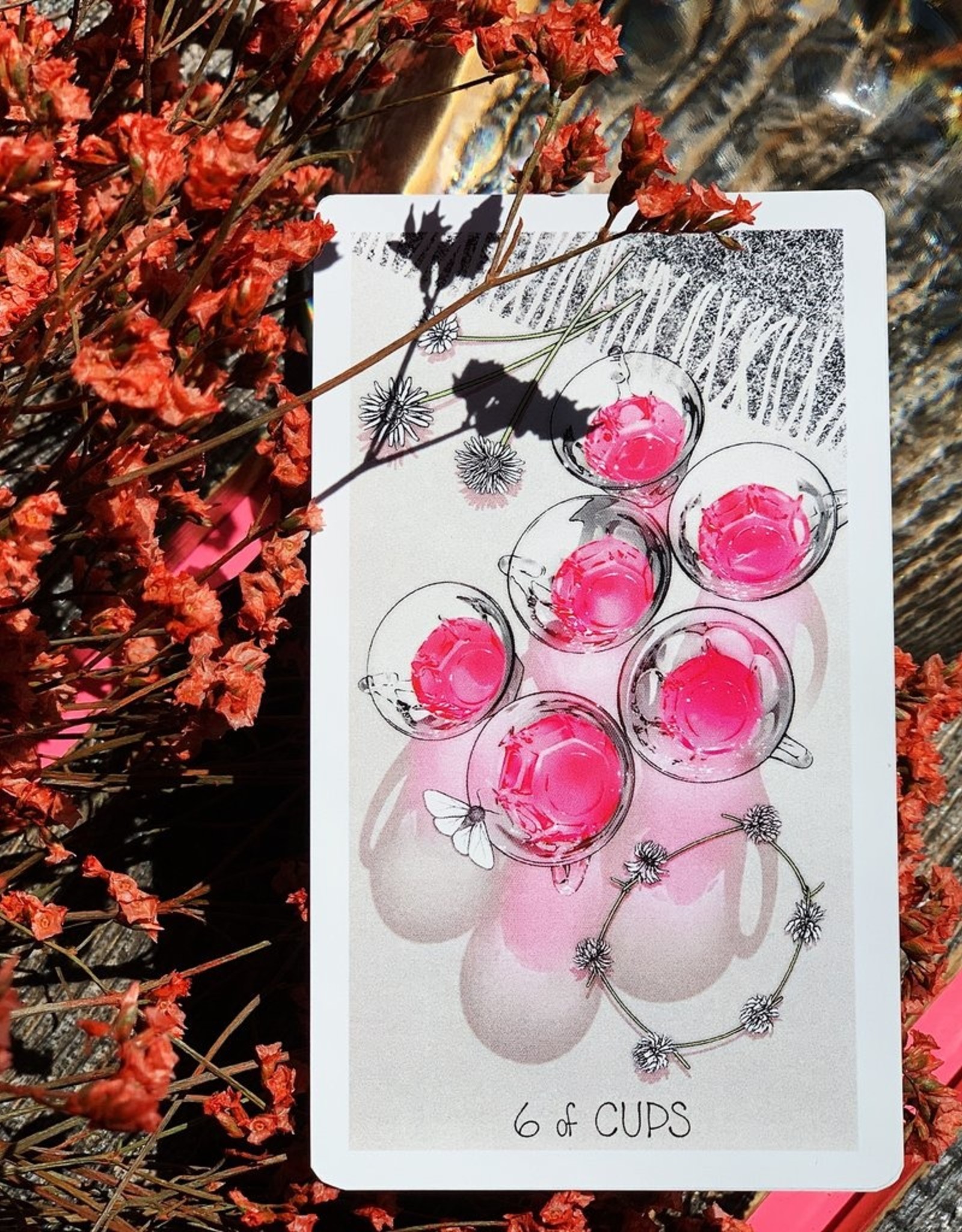 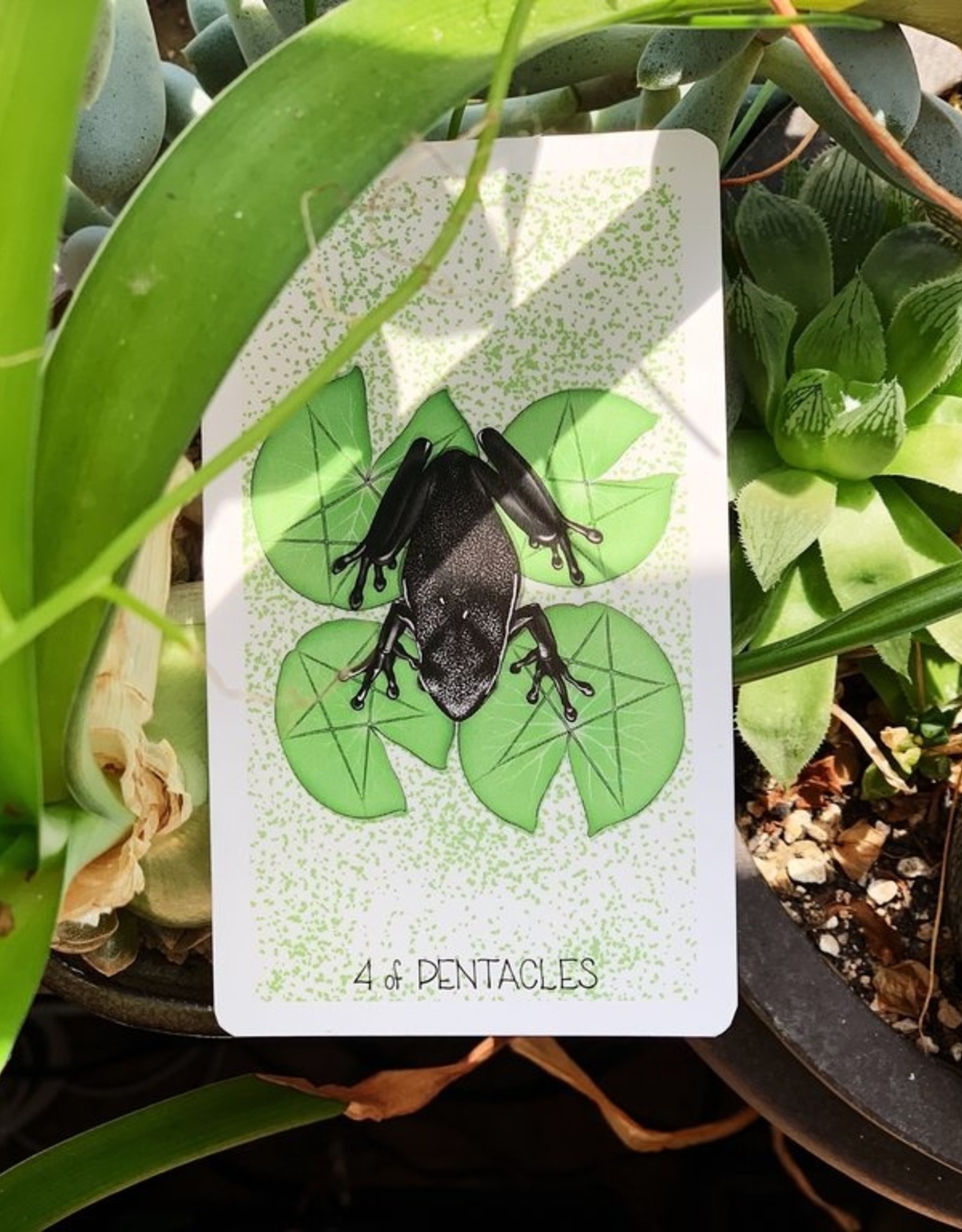 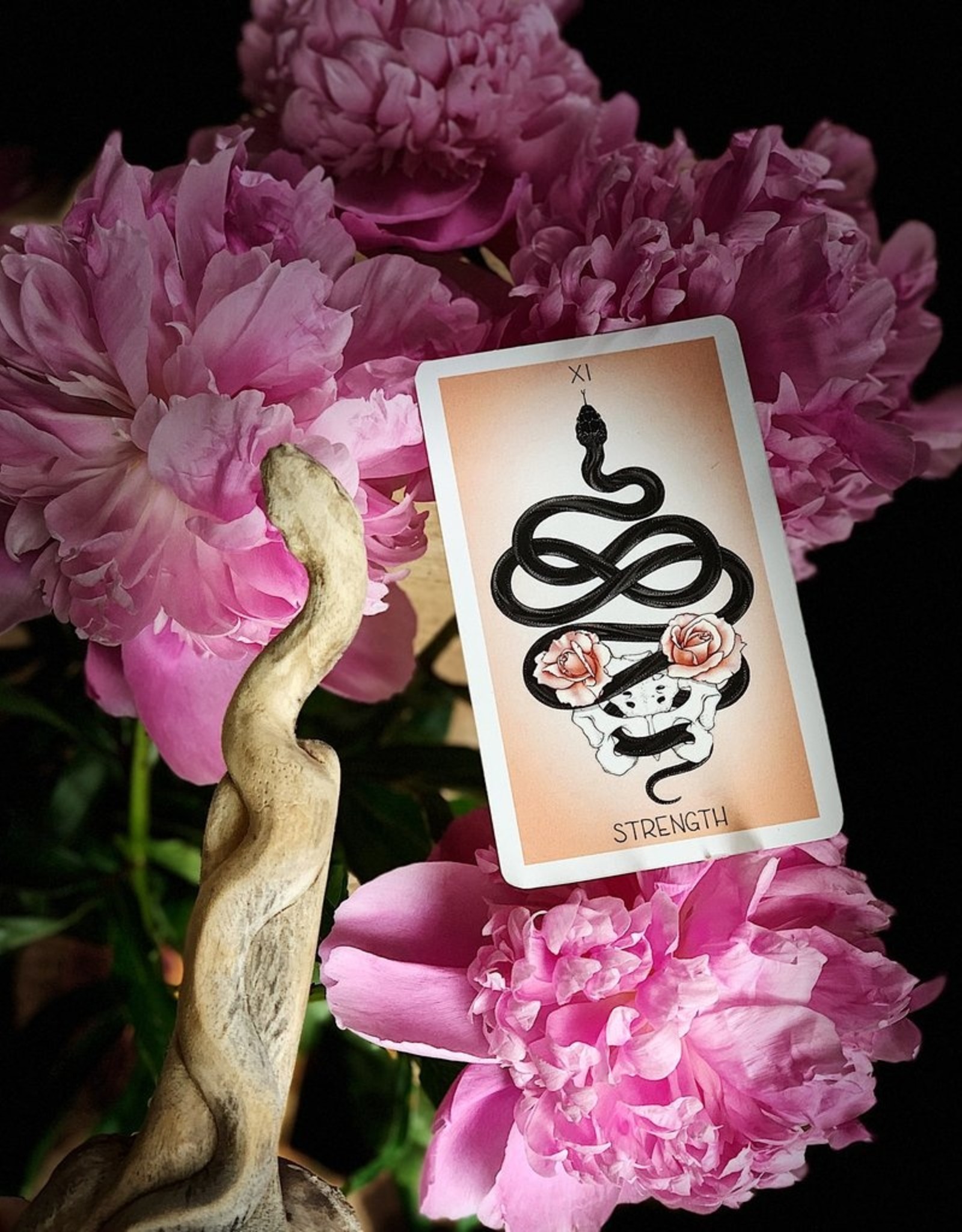 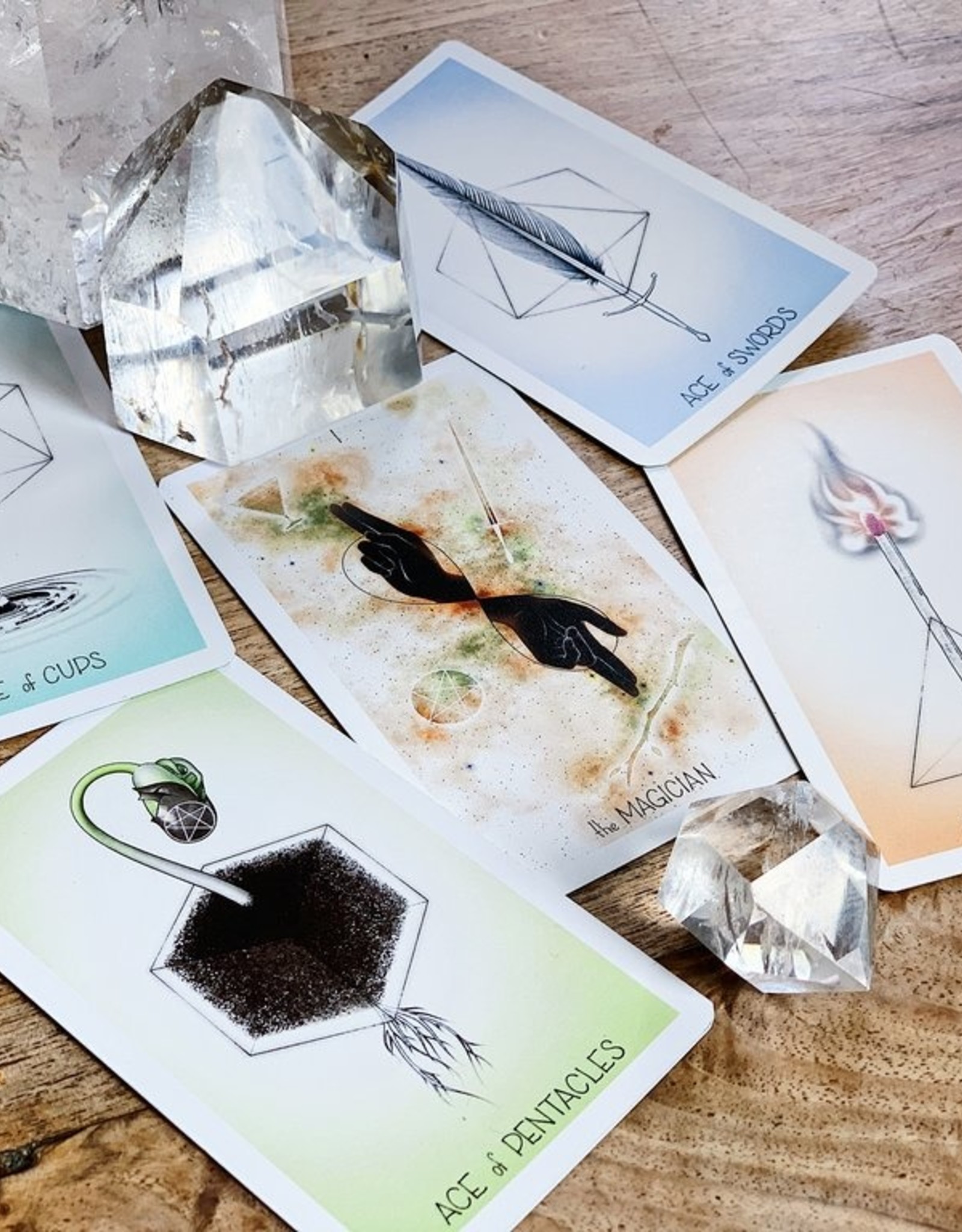 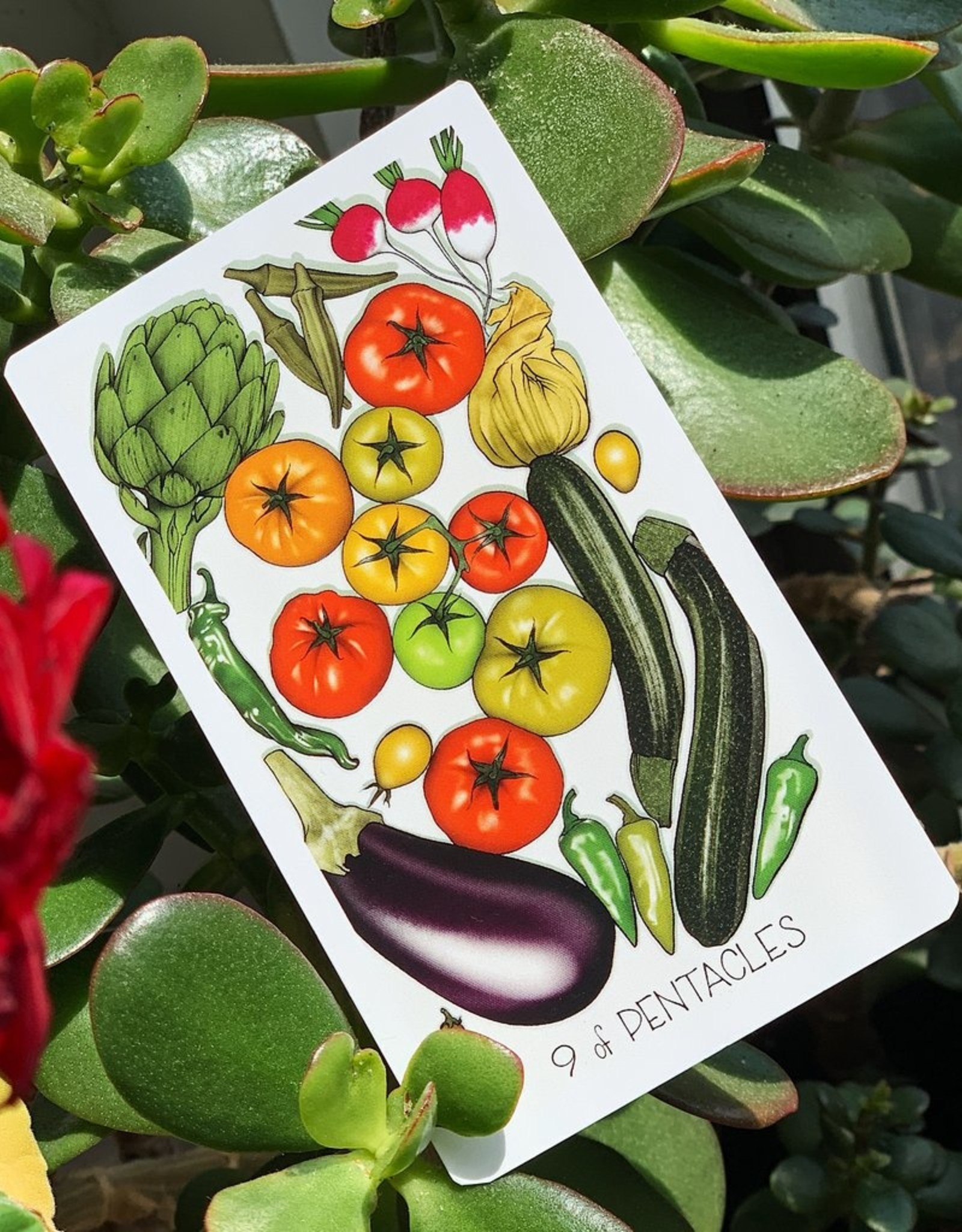 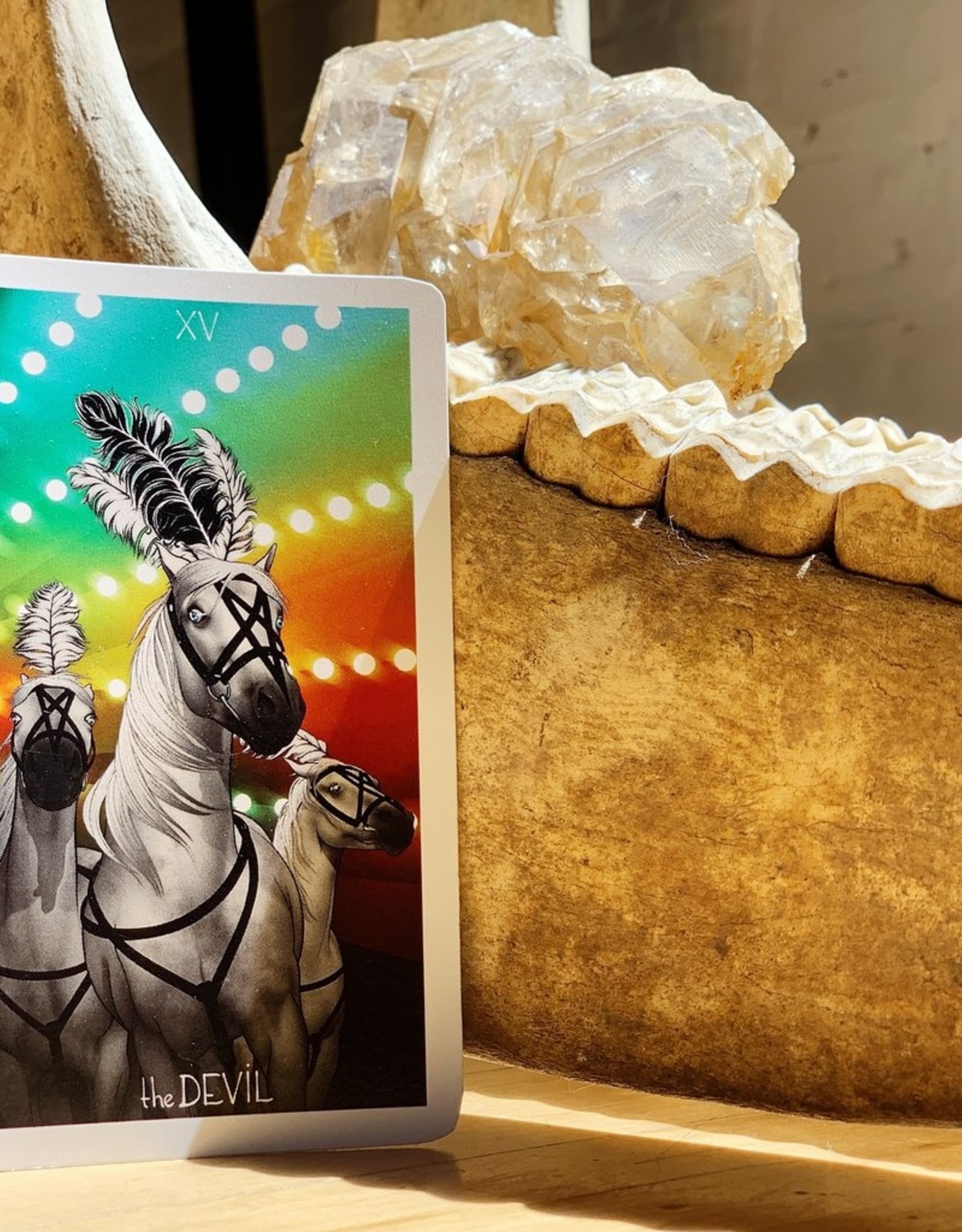 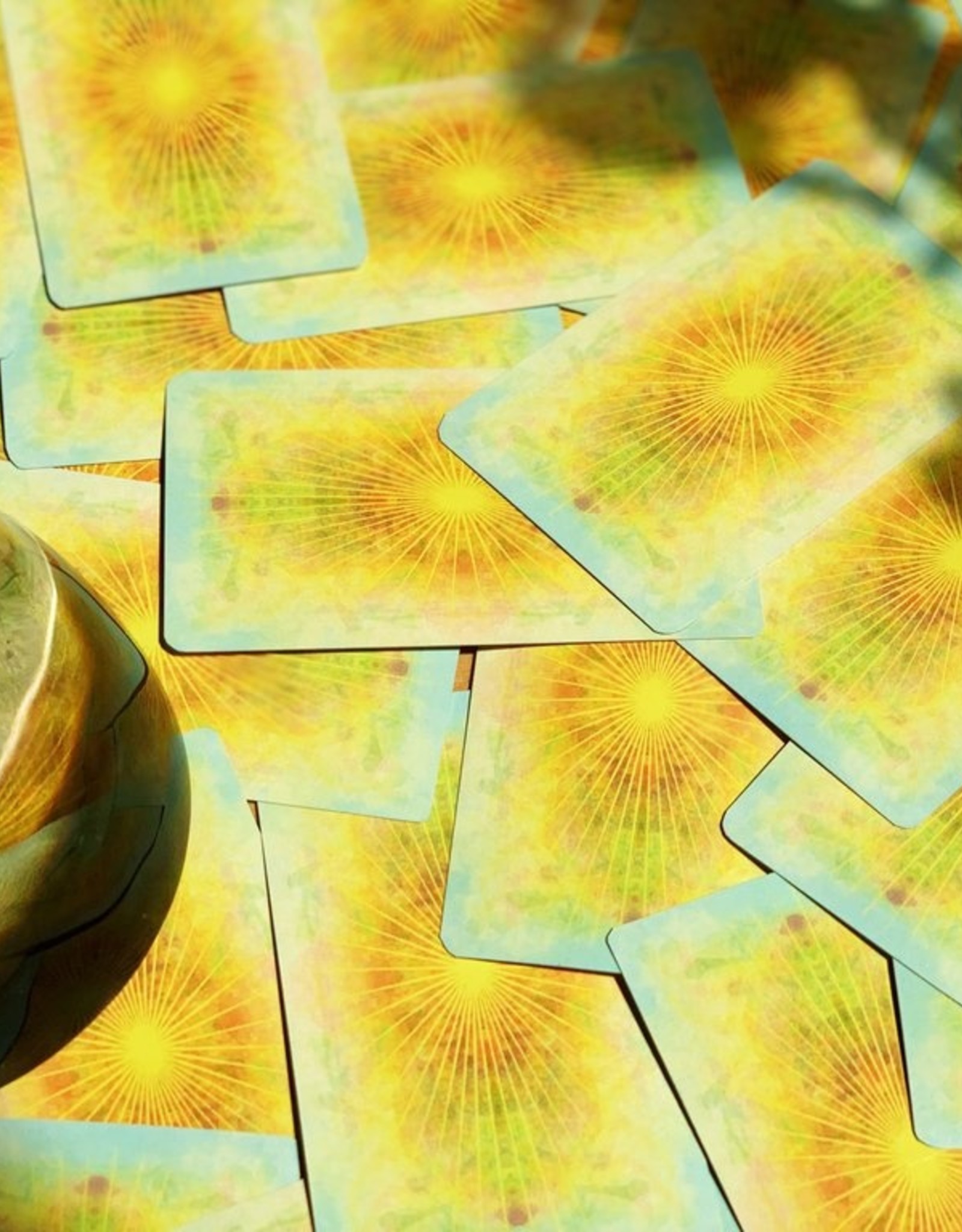 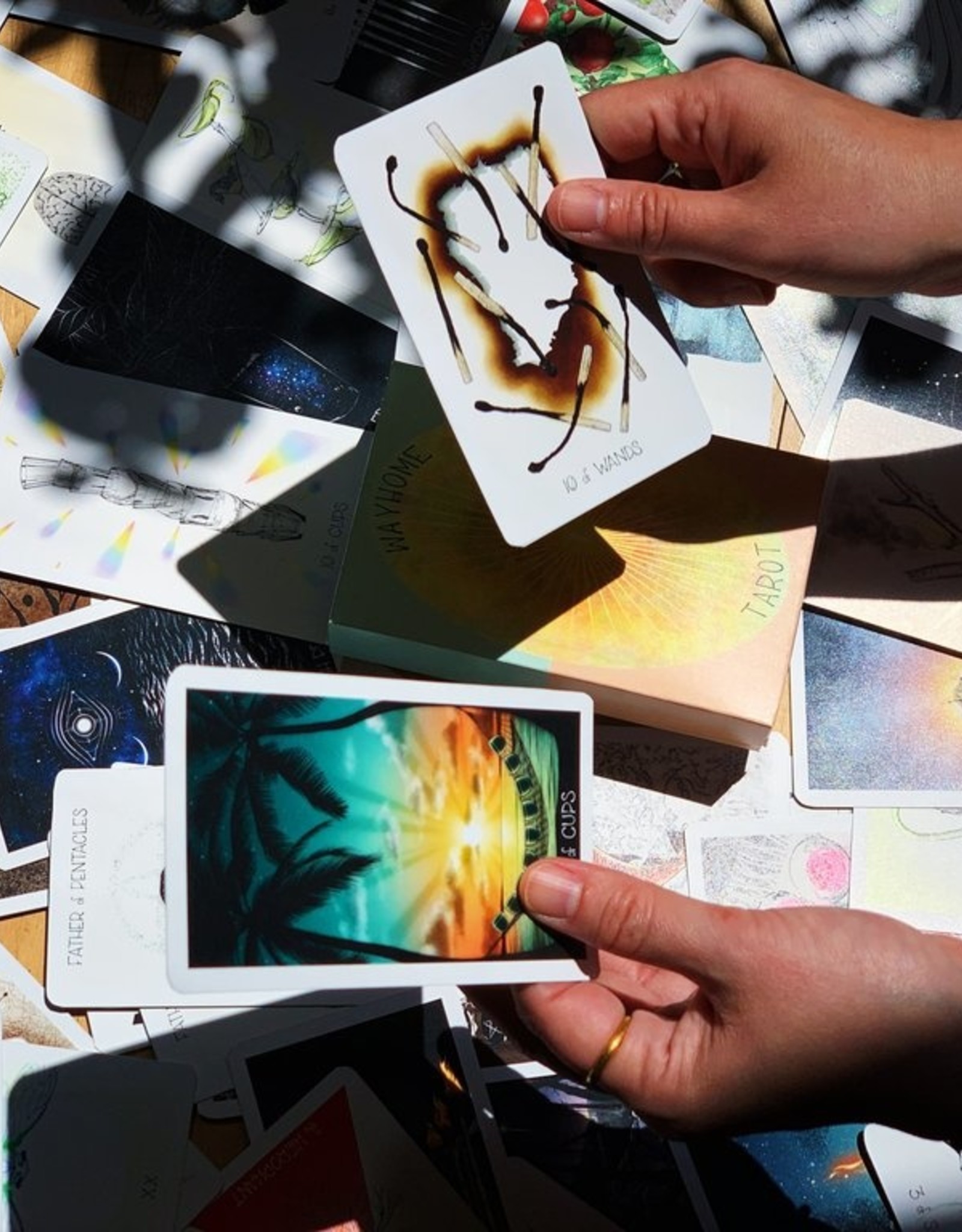 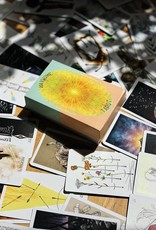 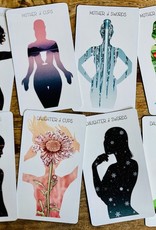 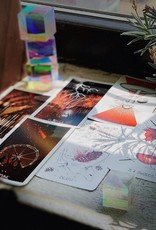 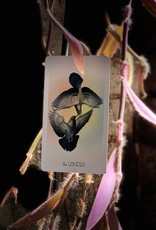 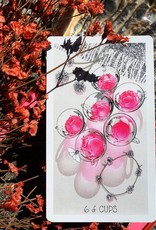 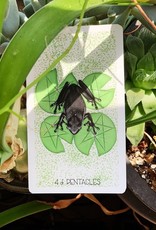 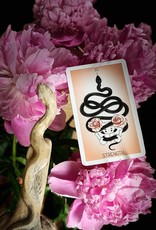 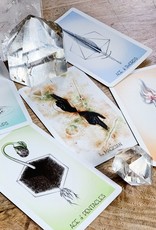 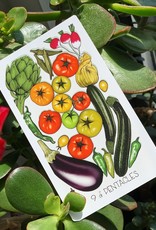 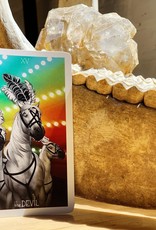 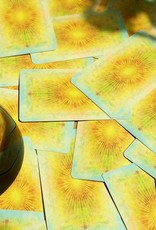 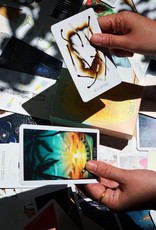 On a fateful afternoon in 2014, Bakara Wintner and Autumn Whitehurst met at a dog park in Brooklyn and instantly connected over the tarot and their shared November 9th birthday. Fast forward a year, after lots of magic-making, late night deep-dives and studying, they began the journey together to create the Wayhome Tarot.

These two Scorpios had been long-drawn to esotericism and the occult. Bakara Wintner is an established tarot reader and healer, author of WTF is Tarot? ...and How Do I Do It?, and owner of Durham-based brand Everyday Magic. A solid believer in the art of cartomancy, she also co-created the oracle deck Postcards from the Liminal Space, released concurrently with Wayhome Tarot, both available exclusively through Everyday Magic.

Autumn Whitehurst is a native of the magical city of New Orleans and is a veteran of illus- tration, having primarily worked in the fashion and lifestyle genre. Her clients include amongst others Coca Cola, Sapporo, Salvatore Ferragamo, the Principality of Monaco, Vogue, Rolling Stone, and the New Yorker. Her interest in tarot began as a meditation tool and it has evolved alongside her many insatiable curiosities.
The process began in Autumn’s sunlit Gowanus studio, going card by card and wrestling with each archetype’s meaning and possible visual representation until the perfect image alchemized. Autumn, sixteen years Bakara’s senior and aesthetically well-seasoned, swatted away Bakara’s trendy inclinations (see: overuse of triangles, dots, owls, etc.) while Bakara pulled Autumn back from making The Chariot card an obscure shrimp whose meaning would certainly be lost on most people. Slowly the notebooks filled, the Pinterest inspiration boards loaded, and after much trial and tribulation the deck named itself the Wayhome Tarot. Autumn then descended into an illustration wormhole vortex from which she seldom emerged for actual years. The course was slow and often felt like chewing the cud, but the integrity and sense of rightness of each image was the guiding principle of this endeavor.

What came out of it is a set of truly stunning and resonant 78 cards. Surprisingly luminous and sun- ny for an object with such depth, the Wayhome Tarot is a user-friendly deck intended for all levels of experience. The images weave in the magic of the mundane and imbue them with an enchant- ment that asks us to look a bit harder. The meeting place of the mystical and the quotidian is the heart of Wayhome Tarot, using symbols we see in our everyday lives to re-contextualize our daily human experience. One particularly dreamy evening on the porch, Autumn said each image could reason- ably be found on a single, winding walk through upstate New York...and suddenly everything seemed to hum “yes.”

What did not come of it, but is still worth mentioning are the less tangi- ble bi-products of this joyful collabo- ration: Weeks spent in Catskill cabins detoxing from technology and dig- ging through our psyches for these cards or sharing a single seat while staring into a screen for hours in angst over the smallest details and subtle color variances. Hilarious out- takes include for example a rain chain made of uteri, and then there were not only the Pinterest boards but also sticky notes and notebooks and napkins that together somehow formed this map. There was much deep laughter, but additionally many tense days and sleepless nights. It has been utterly transformative, we are better people for it, and hopeful- ly the universe is a slightly better place because of it.

The tarot has perpetuated itself across space and time. Its true origin unknown, it has been claimed across cultures, creeds, and continents, enduring and staying relevant for at least six and a half centuries. It is a privilege to offer our contribution to this formidable legacy, both to preserve this ancient art as well as further its propagation of magic and an archetypal understanding of our world to anyone who seeks it.

May we all find our wayhome. 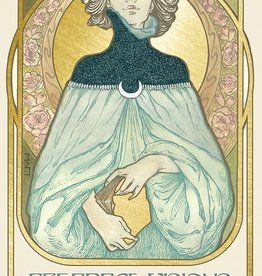 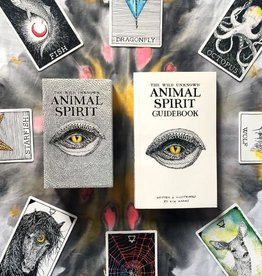 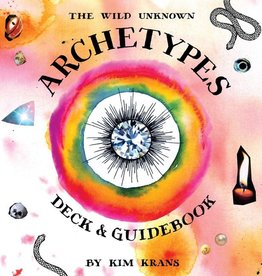 In this original box set, Kim Krans illuminates the revelatory power of archetypes—the ancient, universal symbols that have endured across time and cultures and reside deep in our shared psyche.
Add to cart
Wild Unknown Archetypes Deck
$39.99 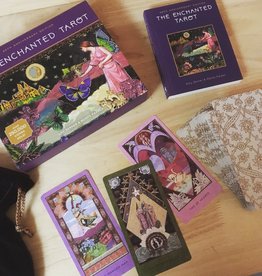 Learn to give a tarot reading that will offer guidance for your day, or predict events for your entire year with the wisdom of The Enchanted Tarot.
Add to cart
Enchanted Tarot: 25th Anniversary Edition
$30.00 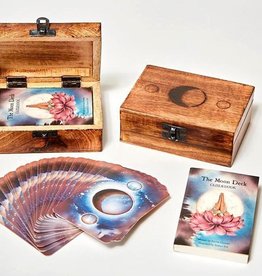